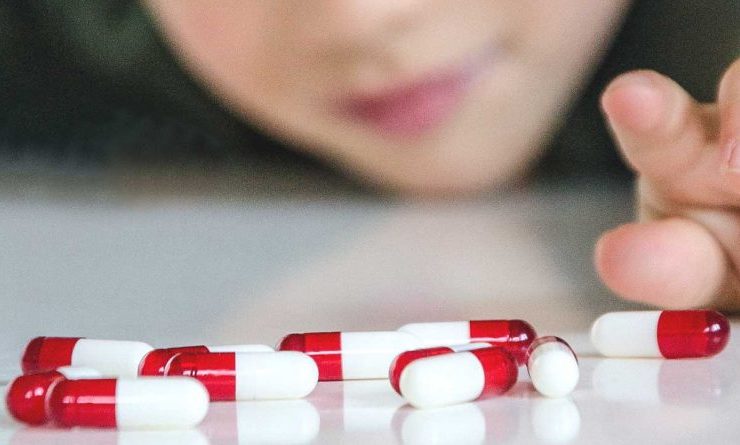 If you have children, be wary of keeping nutrition supplements in your house.

According to a new study, the number of calls to poison control centers about dietary supplements increased 50 percent between 2005 and 2012.And 70 percent of those calls were concerning children under 6 years of age.Of the number of exposures, only 4 percent had “serious medical outcomes.” However, 95 percent of those serious cases occurred in young children.
Between 2000 and 2012, there were 274,998 calls reported to poison control centers in the United States related to dietary supplements.

Growing and unregulated
The dietary supplement industry in the United States is worth billions of dollars. In 2013, Forbes called it one of the fastest growing in the world.

With dietary supplements, “all bets are off,” said Dr. Carl Baum, speaking on behalf of the American Academy of Pediatrics (AAP).

Due to legislation from 1994 known as the Dietary Supplement Health and Education Act (DSHEA), the Food and Drug Administration (FDA) has limited oversight of dietary supplements.
Instead, the FDA must often wait until consumers are harmed before pulling a product from shelves.

“Someone, it seems these days, has to die before a supplement is taken off the market,” Baum told Healthline.

When asked for comment, an FDA representative gave Healthline the following statement:

“In general, the FDA does not comment on specific studies, but evaluates them as part of the body of evidence to further our understanding about a particular issue and assist in our mission to protect public health. The FDA is reviewing the findings of the paper.”

The FDA defines dietary supplements as any product intended to “add further nutritional value to a diet.” The category includes vitamins, minerals, herbs or botanicals, amino acids, and more.

Caffeine and vitamins are two examples of dietary supplements that can show up frequently in a household.

If caffeine shows up in a food or beverage (such as a candy bar or coffee), it’s regulated by the FDA. However, if it shows up in an energy drink or workout mixture, it probably isn’t.

‘Natural’ but not safe
The lack of regulation can create other problems.

This includes the fact that what a manufacturer states on a bottle may not be what’s actually in the supplement.

“Parents will assume that what’s on the label is what’s in the container, and that simply may not be true,” said Baum. “I always express caution when any vitamin is also known to be a dietary supplement.”

Besides caffeine and vitamins, there are also less common ingredients with established medical risks that can be used in supplements, with or without a consumer’s knowledge.

One is Ma Huang, a medicinal plant from which ephedra is derived. Ephedra is a supplement that has been banned by the FDA since 2004.

The other is Yohimbe, the bark of a central African tree, marketed as a cure for erectile dysfunction.

These products are naturally occurring ingredients, but, as Baum stresses, that doesn’t mean they are safe for adults, let alone children.

“‘Natural’ does not mean safe,” he said. “There are a lot of natural products that can kill you as well.”

Keeping children safe
In addition, dietary supplements that can pose dangers to children are rarely packaged in childproof containers.

“Only iron-containing drugs and dietary supplements are subject to the child resistant packaging act,” explained Krista Osterthaler, the vice president of communications at the American Association of Poison Control Centers (AAPCC).

Osterhaler offers some helpful advice to parents about how to keep children safe:

Store medicines and supplements high on shelves and out of sight.

Be prepared for an emergency and always have the number for a poison control center posted in an obvious place.

Noticing overdose or poisoning from a dietary supplement can be difficult, noted Baum.

“It can be difficult if you’re not in a healthcare setting to determine if a child is having a rhythm problem. I think it’s a little bit much to expect parents to take the pulse of their children or even to know what a normal pulse is, but if they are pale and they are sweaty, that might be a clue,” he said.

Rather than waiting until a potential emergency room visit, Baum also encourages parents to be wary of supplements they keep in the house, and to make sure they are stored safely away from kids.

“The old saying is true — an ounce of caution is really worth a pound of cure. But if you find yourself needing help, don’t hesitate to call your poison control center,” said Osterthaler.