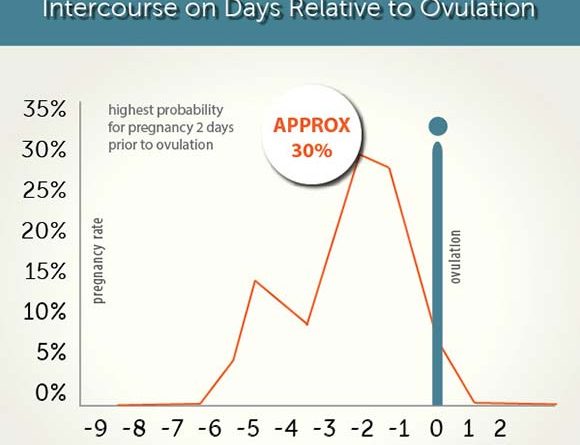 The time to start working toward a healthy pregnancy is before you conceive. Learn strategies for getting pregnant, and how to prepare for pregnancy.

Getting Started on Getting Pregnant
If you’re considering having a baby, you probably have wondered how long it will take to get pregnant, when to have sex, and how often. Find the answers to your questions here.

The Odds of Getting Pregnant
It’s a common question: What are the odds that I’ll get pregnant this month? For most couples trying to conceive, the odds that a woman will become pregnant are 15% to 25% in any particular month.

But there are some things that can affect your chance of getting pregnant:

Age. After you reach age 30, your chances of conceiving in any given month fall, and they decrease as you age, dropping steeply in your 40s.
Irregular menstrual cycles. Having an irregular cycle makes it tricky to calculate when you’re ovulating, thus making it difficult to know the ideal time to have sex.
Frequency of sex. The less often you have sex, the less likely you are to get pregnant.
Amount of time you’ve been trying to conceive. If you haven’t gotten pregnant after one year of trying to conceive, your chances of becoming pregnant may be lower. Talk to your doctor about tests for female and male infertility.
Illnesses or medical conditions can affect pregnancy.
Understanding Menstrual Cycles
Knowing more about menstrual cycles may help.

A woman’s cycle begins on the first day that she notices bright red blood — not just spotting — and it ends on the day before the next cycle begins. A cycle can take 21 to 35 days — or more.

If her cycle varies in length by a few days from one month to the next, that’s considered irregular — and common. Many women don’t have regular cycles. It doesn’t necessarily mean anything is wrong.

Having Sex, Getting Pregnant
Here’s another common question from couples trying to conceive: How often should we have sex? In short, the answer is often.

A lot of couples trying to conceive spend a lot of energy timing sex, with mathematical precision, to calculate when a woman is prime for ovulation. Theoretically, the approach makes sense. Recent studies have shown the window of opportunity for a sperm to fertilize an egg is pretty small: Essentially, it’s only 3-5 days leading up to ovulation and the day of ovulation itself. Your best chances are 1-2 days prior to ovulation. Doctors recommend intercourse every other day starting the week before ovulation or beginning after the end of your period.

But while timing your lovemaking exclusively to those few days makes logical sense, it also has some drawbacks — primarily because your body doesn’t always behave with clockwork regularity. Even if your cycle is regular, ovulation can occur at any time during the cycle. If you’re having sex on the day you think you’re ovulating, and you’re off by a few days, you may be out of luck.So the expert advice is to hedge your bets: Have sex at least two to three times every week. As long as the man has a normal sperm count, having sex every other day (or every day) further increases your chances of getting pregnant.
Going Off the Pill to Get Pregnant
How long does it take for the effects of birth control medication to subside? It’s actually possible to become pregnant immediately after going off the pill — as soon as the pill’s hormones are out of your system — although it may take a few months before ovulation begins normally again.

Is it safe to conceive right after you go off the pill? Yes. Women who conceive immediately after going off the pill are as likely to have a healthy baby as women who waited a few months in between.