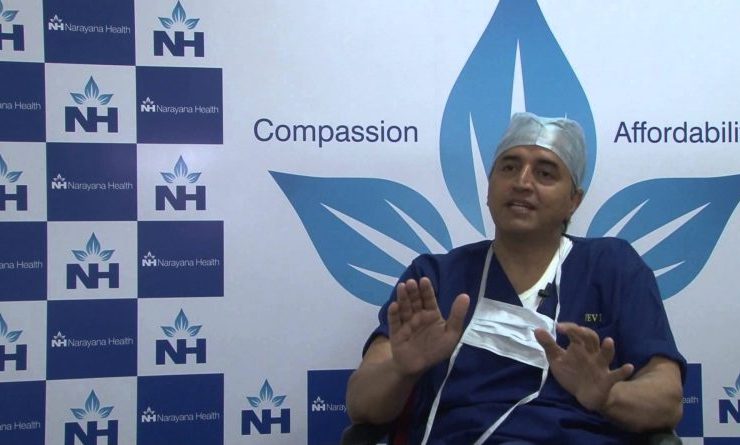 Dr. Devi Prasad Shetty is the Chairman of our Company, and also an Executive Director. He is a cardiac surgeon with around 34 years of experience. After completing his MBBS from the University of Mysore in 1978, he registered with the Karnataka Medical Council in 1979. Thereafter, in 1982, he received a master’s degree in surgery from the University of Mysore. In 2009, he was granted a fellowship from the Royal College of Surgeons of England. He founded our Company in the year 2000. He initiated the concept of “micro health insurance scheme” in Karnataka, which eventually led to the Karnataka government implementing the Yeshasvini scheme, a micro health insurance scheme for rural farmers.

Dr. Shetty is a professor at Rajiv Gandhi University of Medical Sciences, Bengaluru, India and University of Minnesota Medical School, USA. He is the recipient of a number of awards and honours most noteworthy being ‘Padma Shri’ and ‘Padma Bhushan’ Award in 2003 and 2012 respectively, conferred by the Government of India and the ‘Rajyotsava Award’ in 2002 conferred by the Government of Karnataka. He was also conferred with the ‘Dr. B C Roy National Award’ by the Dr. B C Roy National Award Fund under the category of ‘Eminent Medical Person’ in 2003, ‘Entrepreneur of the Year Award – Start-up 2003’ by Ernst & Young, India, and ‘Sir M. Visveswaraya Memorial Award’ conferred by the Government of Karnataka in 2003. The Rotary Bangalore Midtown conferred him with the ‘Citizen Extraordinaire’ award in 2004.

He also received the ‘Outstanding Social Entrepreneurship Award’ by the Confederation of Indian Industry in 2005, ‘The President’s Award’ by the American College of Cardiology in 2011, and the ‘Economic Times Entrepreneur of the Year’ in 2012. Further, he received the ‘Indian of the Year Award’ in 2012 by CNN- IBN and the ‘Lifetime Achievement Award’ by the Federation of Indian Chambers of Commerce and Industry. In addition, he received ‘Commendation for driving affordable quality healthcare for all 2010’ at the Healthcare Awards Program presented by ICICI Lombard & CNBC TV18 in 2010 and was the winner of ‘Business Process Award’ at ‘The Economist Innovation Award’s 2011′. He was an Honorary Fellow at the College Physicians and Surgeons of Mumbai, Doctor of Laws in 2011 and has also been awarded the Doctor of Laws by the University of Minnesota in 2011. In 2014, he was awarded the Doctor of Science (Honoris Causa) by the Rajiv Gandhi University of Health Sciences, Bengaluru. He received the ’19th Nikkei Asia Prize, Economic and Business Innovation’ by Nikkei Inc. in 2014.