For China’s aggressive new diplomacy, coronavirus is both a crisis and an opportunity 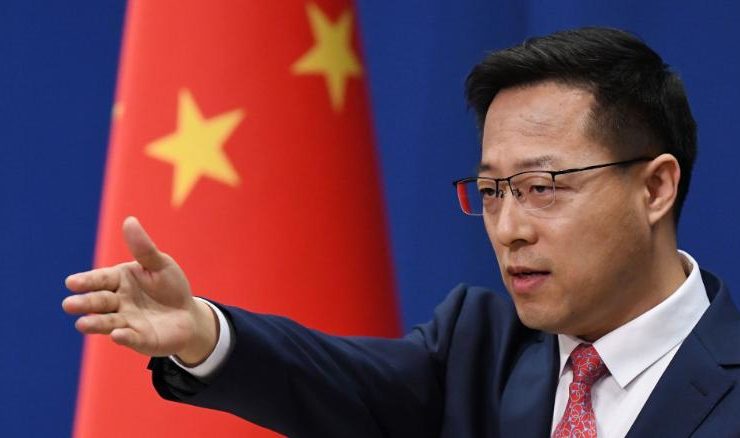 For China’s aggressive new diplomacy, coronavirus is both a crisis and an opportunity

Hong Kong (CNN)Since the beginning of the coronavirus pandemic, China has struggled to control the narrative around its role in the crisis.Is Beijing a noble victim, ably controlling an unforeseeable viral outbreak and now assisting other countries in their own efforts, or the villain, ultimately to blame for the misery spreading around the world?Considerable effort has been expended in pushing the first line. China has donated large amounts of medical supplies to parts of Europe and Africa. China’s state media, which has an outsized influence in much of the developing world, has also played up praise from the World Health Organization (WHO) and others of its response to and recovery from the initial outbreak, in stark contrast to many parts of the world now struggling to cope.The coronavirus crisis presents a key opportunity for China to solidify its status as a superpower and global leader, particularly as the United States has struggled to contain the outbreak, and US President Donald Trump has alienated some allies with his “America first” approach to the crisis.At the same time, however, Beijing has not been able to avoid intense scrutiny and criticism — mainly, but not solely from Washington — over how initial delays in the country’s response may have squandered vital opportunities to contain the now global pandemic, as well as skepticism over its reporting of coronavirus figures and the country’s recovery.In perhaps a sign of how China’s leaders are determined not to let this moment pass them by, or to be cast as global villain, the response to any such criticism has been forceful and often angry. It has been boosted not only by state media but also a new breed of diplomat taking their message directly to foreign audiences on platforms like Twitter and Facebook.

When reports emerged of Africans being mistreated and discriminated against in southern China this month over coronavirus fears — sparking criticism and concern from several governments on the continent — Beijing might have been expected to show willingness to take the incident seriouslyChina has invested billions in shoring up economic and diplomatic relations across the African continent in recent years, and has long boasted of its commitment to uplifting developing countries across the region, without the kind of economic and political conditions imposed by the US.And yet, rather than condemn those responsible for the alleged anti-African discrimination, Chinese diplomats and state media have pushed back hard against the reports, accusing Western media and the US government of trying to drive a wedge between Beijing and its allies in Africa. In recent days, some have even criticized African media for being “misled” by reports in the international press.”China-Africa traditional friendship will not be disturbed by instigation of some forces,” Hua Chunying, Director of China’s Foreign Ministry Information Department, said on Twitter Wednesday.Earlier she accused the US State Department of lying about the allegations of racial discrimination, which have been reported by CNN and other media and highlighted by African diplomats in China, adding “Asian Americans experienced racism during the pandemic. How would @statedeptspox explain that?”Hua only jointed Twitter — which is blocked by China’s Great Firewall — relatively recently, one of a number of Chinese diplomats and foreign ministry officials who have taken to the platform to get their message out.A pioneer of this approach is Hua’s subordinate and replacement as top foreign ministry spokesperson, Zhao Lijian. A former senior diplomat to Pakistan, Zhao was one of the first Chinese officials to take to Twitter, where he regularly sparred with foreign media and politicians.During the pandemic, Zhao has emerged as China’s leading defender and critic of Western responses to the virus. In March, Washington summoned China’s ambassador to the US to complain over tweets Zhao posted suggesting that the US military may have been responsible for bringing the coronavirus to Wuhan, where cases were first detected last year.While parts of Chinese state media have long adopted an aggressive, often jingoistic tone, the country’s diplomats have typically been more calm and tactful, at least in public.”Chinese diplomats were once known for their conservative, low profile in China and world affairs,” the Global Times, a nationalistic Chinese state-backed tabloid, said in a piece this week. “Internationally, our diplomats were considered enigmatic, and Chinese people were called ‘inscrutable.’ It was a time of much less adversity or need to fend off inordinate criticisms from the glorious West.”Last year, Hua wrote an influential piece in a party journal calling for diplomats to embrace the “fighting spirit” and “enhance (China’s) international voice,” remarks that were reportedly echoed by Chinese Foreign Minister Wang Yi at a gathering of top diplomats in December.Bringing this “fighting spirit” to Twitter, “is just the latest manifestation of a long-term project,” analyst Mareike Ohlberg wrote last year in a report published by the Mercator Institute for China Studies. “The (Communist Party’s) aim was, and remains, to change global debates about China — and any other topic the Party cares about — to bring them closer in line with its own position. Its intention is to gradually change the conversation and increase the Party’s ‘discourse power’.”The Global Times piece praised the new “Wolf Warrior”-style diplomacy of late, referencing a popular Chinese action movie series in which the country’s military enacts daring operations around the world.”As China rises and walks close to center stage of the world, facilitated by the relative decline of the West, many Western countries are feeling uncomfortable, which is behind their unwarranted accusations against China,” the paper said. “As Western diplomats fall into disgrace, they are getting a taste of China’s ‘Wolf Warrior’ diplomacy.”

The importance of changing the conversation around the coronavirus and China’s handling of it is clear, which may explain why the more aggressive approach favored by diplomats like Zhao and Hua has come to dominate Beijing’s response.James Green, a senior research fellow at Georgetown University and former US diplomat, told CNN in an emailthat “to deflect poor handling of the initial coronavirus outbreak in Wuhan and the loss of life and economic growth domestically, the CCP propaganda organs are in overdrive to match the new narrative: China and the CCP are saving the world from the scourge of the coronavirus — and the world is grateful!”On Wednesday, Zhao said that “those who accuse China of being untransparent are unjust and insulting to the great sacrifices made by the Chinese people,” and hit out against “false allegations propagated by US officials relentlessly.”Natasha Kassam, a research fellow at the Lowy Institute in Sydney and former Australian diplomat in China, said that “some of the loudest voices on Twitter of late have been rewarded with promotions,” including Zhao and China’s former ambassador to South Africa, Lin Songtian.However, she added that it’s still not clear that this type whether this trend is as a result of a dictat from above, or officials attempting to get the attention of their superiors, as well as approving coverage in state media and on Chinese social platforms.”So often we assume Chinese officials are speaking to the outside world, and we wonder — why would they say that?” Kassam said. “It’s more likely that individual officials are adopting an aggressive tone to demonstrate loyalty to the center.”Jeff Moon, who served as a US diplomat in China as well as assistant US trade representative for China affairs under President Trump, said that “what has changed is not the substance or tone of China’s public diplomacy, but the fact that we now take China’s official propaganda more seriously due to China’s increasing global influence.”Green agreed that the “narrative of shifting global power balances imbues each statement or off-handed remark with seeming gravity and importance,” in a way that wouldn’t necessarily be the case in the past.Indeed, Moon argues that the more aggressive approach taken by diplomats today might be more a return to historical form, when Beijing’s representatives railed against “capitalist running dogs” and accused Washington of pursuing regime change.”Other countries did not take such statements seriously until they began having a tangible impact on world affairs,” Moon said. “The Covid-19 crisis is the latest — and perhaps the most significant — example of how Chinese policy statements affect world affairs. There is a new generation of Chinese officials that is using Twitter and other new tools aggressively, but that is a change of tactics rather than strategy.”