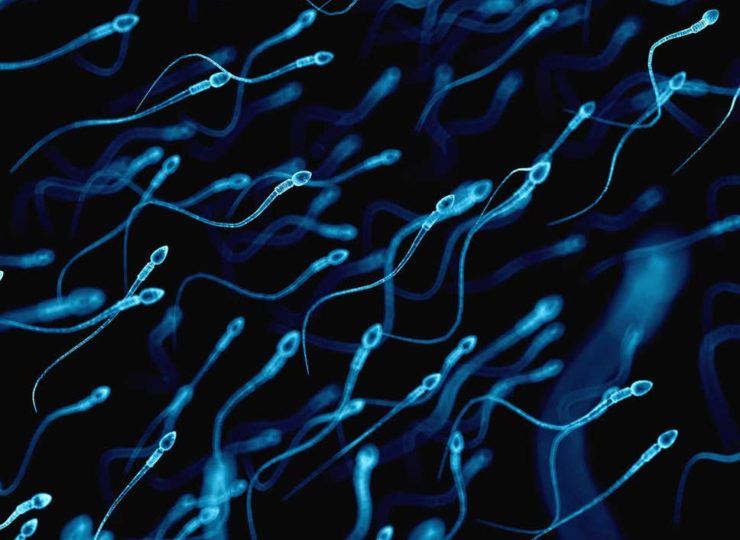 Sperm counts have plunged by nearly 60 per cent in just 40 years among men living in the West, according to a major review of scientific studies that suggests the modern world is causing serious damage to men’s health.

Pesticides, hormone-disrupting chemicals, diet, stress, smoking and obesity have all been “plausibly associated” with the problem, which is associated with a range of other illnesses such as testicular cancer and a generally increased mortality rate.

The researchers who carried out the review said the rate of decline had showed no sign of “levelling off” in recent years.

The same trend was not seen in other parts of the world such as South America, Africa and Asia, although the scientists said fewer studies had been carried out there.

One expert commenting on the study said it was the “most comprehensive to date”, and described the figures as “shocking” and a “wake-up call” for urgent research into the reasons driving the fall.

Writing in the journal Human Reproduction Update, the researchers – from Israel, the US, Denmark, Brazil and Spain – said total sperm count had fallen by 59.3 per cent between 1971 and 2011 in Europe, North America, Australia and New Zealand. Sperm concentration fell by 52.4 per cent.

“Sperm count and other semen parameters have been plausibly associated with multiple environmental influences, including endocrine disrupting chemicals, pesticides, heat and lifestyle factors, including diet, stress, smoking and body-mass index,” the paper said.

“Therefore, sperm count may sensitively reflect the impacts of the modern environment on male health throughout the life course.”

Chemicals linked to lowering sperm count include some used to make plastics more flexible and flame retardants used in furniture. These can enter the food chain after they are taken in by plants or eaten by animals.

A diet high in alcohol, caffeine, processed meat, soy and potatoes may also have an adverse effect on male fertility.

Aside from the obvious implications for reproduction, the researchers said the declines were consistent with reported trends in testicular cancer, the number of children born with one or both testicles missing, the onset of male puberty and total testosterone levels.

“The public health implications are even wider. Recent studies have shown that poor sperm count is associated with overall morbidity and mortality,” they added.

They called for urgent work to find out the reasons behind the decline, noting a few possible candidates.

“While the current study is not designed to provide direct information on the causes of the observed declines, sperm count has been plausibly associated with multiple environmental and lifestyle influences, both prenatally and in adult life,” the scientists said.

“In particular, endocrine disruption from chemical exposures or maternal smoking during critical windows of male reproductive development may play a role in prenatal life, while lifestyle changes and exposure to pesticides may play a role in adult life.

“Thus, a decline in sperm count might be considered as a ‘canary in the coal mine’ for male health across the lifespan. Our report of a continuing and robust decline should, therefore, trigger research into its causes, aiming for prevention.”

One of the team, Professor Shanna Swan, of the Icahn School of Medicine at Mount Sinai, New York, said falling sperm counts had been “of great concern” since they were first noticed about 25 years ago.

She added: “This definitive study shows, for the first time, that this decline is strong and continuing.

“The fact that the decline is seen in Western countries strongly suggests that chemicals in commerce are playing a causal role in this trend.”

Professor Daniel Brison, an expert in clinical embryology at Manchester University who was not involved in the review, said the study’s large size meant any debate about whether the decline was happening was probably over.

He said by including a large number of studies from around the world the researchers had been able to “confirm that the decline in sperm counts is likely to be ‘real’”.

And Professor Brison added: “The extent of the decline in sperm counts in the Western world revealed in this study is shocking.

“As the authors point out, this has major implications not just for fertility but for male health and wider public health.

“An unanswered question is whether the impact of whatever is causing declining sperm counts will be seen in future generations of children via epigenetic or other mechanisms operating in sperm.

“This study should act as a wake-up call to prompt active research in this area.”

Professor Richard Sharpe, of Edinburgh University, said the “well-designed and statistically rigorous study” appeared to show that the decrease was “real beyond any reasonable doubt”.

“As the authors point out, the continuous nature of the decline is of as much concern as the decline itself, given that we still do not know what lifestyle, dietary or chemical exposures might have caused this decrease,” he said.

“Research efforts to identify these causes need to be redoubled and to be non-presumptive as to cause.”

Professor Sharpe said that across Northern Europe today more than 15 per cent of young men had a sperm count low enough to “impair their fertility”.

“And, as the present study indicates, this is likely to get worse rather than better as we move forwards in time,” he warned.

He added that this effect, when combined with the trend for women to have a baby in their thirties, created a “double whammy for couple fertility in modern Western societies”.

“Therefore, looking ahead, I can only conclude that couple infertility is set to increase. Hopefully, this new study will serve as a wake-up call for health and research authorities as well as for the public, and for young people in particular,” Professor Sharpe said.