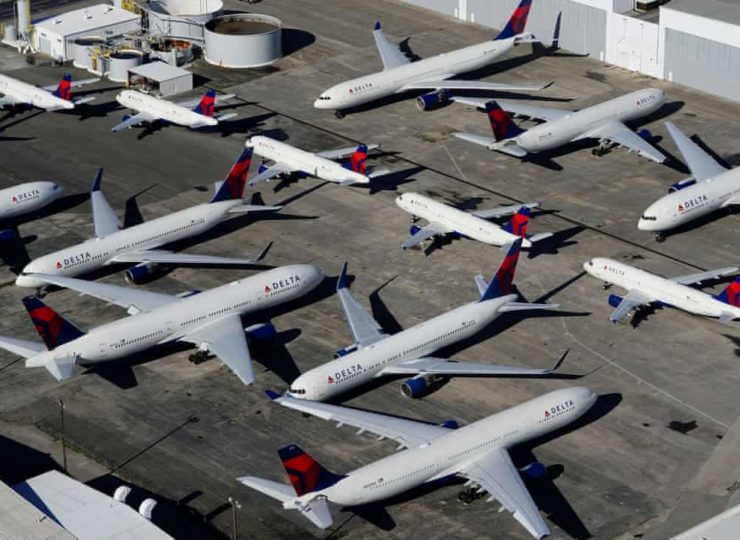 Warren Buffett, the legendary American investor, has sold his firm’s entire holdings in the four major US airlines, warning that the “world has changed” for the aviation industry because of the coronavirus crisis.

In comments that will send shockwaves through financial markets already pulverised by the economic shock of the outbreak, Buffett said the outbreak could have an “extraordinarily wide” range of possible outcomes.

Shares around the world are poised for another torrid week as worldwide cases of the virus creep towards 3.5 million and deaths near 250,000. Despite massive central bank and government intervention, stock markets have been rocked by the continued spread of Covid-19, the plunge in oil prices and Donald Trump’s threats to reignite his trade war with China.

Buffett, 89, who has become known as the Sage of Omaha for his investment skill over the decades, indicated that he believed stock markets had not reached the bottom of the current dip.

Speaking at the virtual annual meeting of his company Berkshire Hathaway from Omaha, Nebraska, Buffett said he had not provided financial support to companies as he did during the 2008 financial crisis because he saw nothing “attractive” enough, even after the recent plunge in the markets.

The outlook appears particularly bleak for the airline industry, which has been hit by the shutdown of most of its traffic, forcing mass layoffs and even bankruptcies. FlyBe in the UK went into administration in the early days of the crisis and Virgin Atlantic has asked the government for a bailout. British Airways has announced mass redundancies, as has Ryanair. Virgin Australia has collapsed.

Berkshire Hathaway had held sizeable positions in the major US airlines, including an 11% stake in Delta Air Lines, 10% of American Airlines, 10% of Southwest Airlines and 9% of United Airlines at the end of 2019, according to its annual report and company filings.

But with thousands of planes parked on tarmac across the world and no clear timetable for the resumption of air travel, Buffett said he had sold his stocks as the airline industry’s outlook rapidly changed.

“We made that decision in terms of the airline business. We took money out of the business basically even at a substantial loss,” Buffett said. “We will not fund a company … where we think that it is going to chew up money in the future.”

Southwest, American and United declined to comment, but Delta said in a statement it was aware of the sale and had “tremendous respect for Mr Buffett and the Berkshire team”. The airline added it remained “confident that the strengths that are core to Delta’s business – our people, our brand, our network and our operational reliability – will endure and position Delta to succeed”.

There was some hope for the travel industry from China on Sunday, where internal travel saw a large increase on 1 May, the first day of a long holiday weekend. The jump in travel was led by Wuhan, epicentre of the coronavirus epidemic that struck the country late last year.

The number of people travelling outside their home cities leapt nearly 50% at the start of the Labour day weekend, compared with the first day of a holiday on 4 April, according to Reuters calculations on data from China’s internet giant Baidu.

China reported two only new coronavirus cases for 2 May, up from one the day before, data from the country’s national health authority showed on Sunday.

The numbers contrasted with the rapid spread of the disease in other countries such as Brazil where there were 4,970 new cases of the virus and 421 deaths in the 24 hours to Saturday. The nation has now registered 95,559 confirmed cases of the virus and 6,750 deaths. New cases increased roughly 5.4% on Saturday from the previous day, while deaths rose by roughly 6.7%.

Other developments around the world on Sunday included: