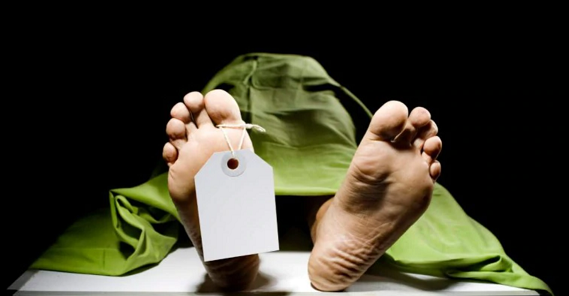 Footage showing half a dozen dead bodies lying on beds next to Covid-19 patients in hospital has horrified India and exposed how the nation’s health system is struggling, in some areas, to cope during the pandemic.

The footage from Sion hospital in Mumbai showed the bodies, wrapped in black plastic, lying next to patients undergoing treatment. Families tending to the patients were also seen moving around the ward, with the bodies lying nearby.

The vision provoked public outrage and echoed the fears expressed by many Indians that some states might be overwhelmed if there is an increase in cases. The country’s official Covid-19 figures remain low compared with the scale of the pandemic in Europe and the US, and given its population.

The hospital’s dean, Pramod Ingale, blamed the families of the dead for failing to collect the bodies of their loved ones and said the bodies were left in the ward because the morgue was full. Ingale said the rules were not clear about what the hospital should do with unclaimed bodies.

Regulations state the body of a Covid-19 patient has to be removed 30 minutes after being declared dead.

Ingale was later demoted. The new dean, Dr Ramesh Bharmal, told the Guardian that “such things won’t happen again”. “The crux of the problem is educating the families of the patient. If a patient becomes serious, we will take the relatives aside and counsel them not to be scared. This is a social issue. People need to be educated about the disease and how it is safe to take the body and perform the last rites. We will have to educate them,” he said.

Bharmal said that if families refused to take their dead, hospital officials would go to their homes to explain how they could conduct a funeral safely and, if need be, offer them PPE suits to wear for the funeral.

In an indication that Mumbai hospitals are being overwhelmed, just a few days after the Sion hospital footage surfaced, similar images emerged from KEM hospital in Mumbai showing Covid-19 patients lying in the same ward as the body of a patient who had died of the virus.

A relative told the journalist secretly filming inside the hospital that the body had been lying there for a while.

The video showed a crowded ward packed with patients and medical staff but also with patients’ relatives, with no social distancing and no isolation of those suspected of being infected with Covid-19. Two patients were seen sharing a bed.

In another incident, a man with symptoms of the virus was taken by his family to two hospitals on Friday and refused admission on the grounds that no bed was available. He was eventually admitted to KEM Hospital, where he died in the accident and emergency area. He tested positive for Covid-19.

Mumbai is the capital of Maharashtra, the worst-affected state in India with more than 22,171 cases and 832 fatalities and an infection rate that shows no sign of slowing. Mumbai alone has more than 13,500 of the state’s cases and has been recording a large number of new infections every day for the past month.

On Friday, Maharashtra’s chief minister, Uddhav Thackery, said the chain of infection had not been broken but dispelled rumours the army might be called in to help.

“The army will not be deployed. You and I are the soldiers in the fight against coronavirus,” he told citizens. However, Thackery said his government might ask New Delhi for additional police units because the state police were exhausted from non-stop Covid-19 duty.

The footage from the hospitals gave a glimpse of the scenes that could play out in hospitals in the country’s poorer states if the virus were to start spreading to the countryside. Fear of ending up in an overwhelmed hospital has gripped some villages, where hardly anyone ventures out of their homes.

Prem Singh, head of a village council near Bhimtal, in Uttarakhand, said: “We are very scared. If America can’t cope, what facilities do we have here? I thought Mumbai hospitals would be equipped to deal with cases – it’s a rich city – but I was shocked at the pictures I saw on television. If we fall sick with the virus, God help us.”