EU could reopen borders to tourists for Covid-19 recovery 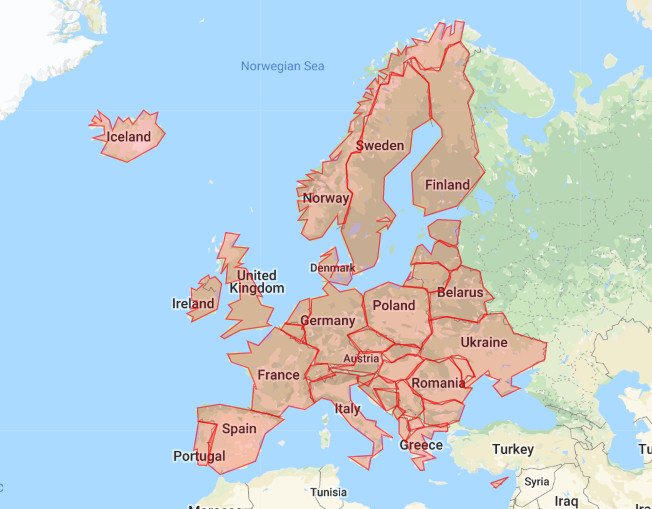 EU could reopen borders to tourists for Covid-19 recovery

“Travel will be recommended between countries with similar risk profiles, draft report says”

European countries will be advised to open borders to countries with similar coronavirus risk profiles under a plan to bolster the ailing tourist industry being discussed in Brussels.

On Wednesday the European commission is expected to recommend a three-phase approach to reopening borders that suggests EU countries with “similar overall risk profiles” on the pandemic open to tourists from each other’s countries, according to a leaked version of the draft seen by the website Euractiv.

The EU executive has previously voiced unease about “tourism corridors”, whereby member states make bilateral deals to open to each other’s tourists, but now appears ready to accept such arrangements in practice.

The EU includes some of the countries worst hit by the pandemic – notably Spain and Italy – along with others such as Greece and the Czech Republic that have so far limited its impact.

Officials are scrambling to rescue Europe’s tourism industry, which accounts for 10% of EU economic output – more in Italy, Spain, Croatia and Greece.

Austria’s chancellor, Sebastian Kurz, announced last week that he intended to open the borders to visitors from safe countries, such as Germany and the Czech Republic, as part of efforts to protect the Alpine state’s tourism industry.

Estonia, Lithuania and Latvia will reopen their borders to each other from 15 May, creating a Baltic “travel bubble”.

“We showed a good example by stating, very clearly, that only countries which successfully dealt with the situation can open themselves up,” Lithuania’s prime minister, Saulius Skvernelis, has said.

Senior EU officials acknowledge they cannot stop governments from striking such bilateral or trilateral deals, but argue against selective treatment. If Austria opens to Germany, it would be expected to permit entry to all residents in Germany.

The commission’s acceptance of national border controls contrasts with earlier unease. “Member states cannot open borders for citizens from one EU country, but not from others. This is essential,” the EU home affairs commissioner, Ylva Johansson, told MEPs last week.

Separately, Boris Johnson and Emmanuel Macron were said to be working on a deal that could allow their citizens to travel freely between the UK and France over the summer. The UK prime minister and French president were reported by the Sun to be working on a travel corridor, aimed at allowing British tourists to visit France in the summer and vice versa.

Keeping the corridor open would be dependent on both countries maintaining a downward trend in coronavirus cases and a similar rate of contagion. The agreement would also apply to Ireland, which is part of a common travel area with the UK.

The British government has exempted travellers from France from having to go into a 14-day quarantine that will apply to most international visitors. For now citizens of both countries are being advised not to travel to holiday homes.

A European commission spokesperson welcomed “all arrangements that bring us back to normality” but called on the British government to apply the same rules to other EU countries where the virus is under a similar level of control as France.