What is the future for travel and migration at post Covid-19? 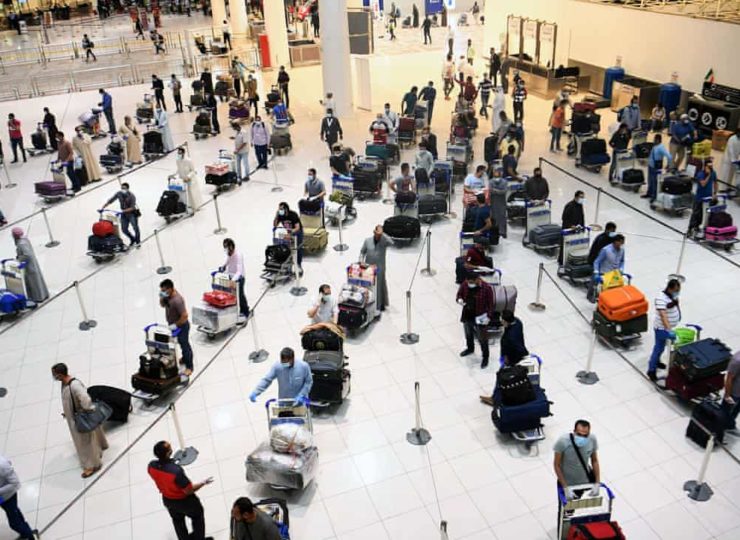 What is the future for travel and migration at post Covid-19?

Our globalised world has been brought to a crashing halt by coronavirus.

By April, over 90% of the world’s population – 7.1 billion people – lived in countries with coronavirus-related travel restrictions on people arriving from abroad, a Pew study found.

And while local lockdowns are starting to ease in many countries now, the pause on international travel is likely to last far longer. With countries still focused on staving off a second wave of infections, there is little appetite for rapid reopening.

“Travel and immigration – for work, study, seeking asylum – is going to be disrupted much longer than our daily lives, in a way unprecedented in our lifetimes,” said Prof Lindsay Wiley from the American University Washington College of Law.

Greece’s tourism minister, Harry Theoharis, recently told the Guardian that although the country is desperate to protect its economy, long-haul flights to its islands and beaches are almost certainly out this year.

Countries that acted fast to bring the disease under control – at least for now – are exploring ways to open up a limited “bubble” for their citizens to travel without restriction. The first to discuss the idea were New Zealand and Australia.

Nine countries scattered across the world, but united in their successful handling of the virus are also actively seeking ways of setting up travel bubbles or corridors, broadening an unlikely alliance.

In their second meeting via teleconference on Thursday, the leaders of Austria, Greece, Israel, Norway, Denmark, the Czech Republic, Singapore, Australia and New Zealand agreed that as each begins to ease restrictions they could capitalise on low infection rates by creating tourism safe zones.

Israel, Greece and Cyprus – tourist-dependent nations – are already discussing the idea in the eastern Mediterranean, and hoping to partially open up from July. On Wednesday the European commission is expected to recommend a three-phase approach to reopening borders that brings together member states with “similar overall risk profiles”.

Any reopening would be very gradual however, with authorities prepared to shut back back down if the virus re-emerges.

And beyond these bubbles, travel is likely to be severely curtailed either by outright bans, or by quarantine rules. The UK, a laggard on quarantining by international standards, outlined its own plans at the weekend. The incubation period of the disease means most countries are requiring two weeks isolation on arrival.

If that is enforced in both departure and destination countries, it would mean a month under lockdown in total, in order for travellers to spend any time working or relaxing somewhere else – effectively putting an end to most business and tourism travel.

These partial or total closures, while they may protect public health, come with a huge economic cost to countries dependent on tourism or other types of travel, like international students flying in for a university education. That burden might help attempts to reaccelerate opening of borders.

“For a place like Hawaii or Iceland, or maybe New Zealand, you are talking about pretty dramatically restructuring your economy not to be dependent on inter-state or international tourism [and travel],” said Wiley.

“You can protect yourselves by isolating the entire jurisdiction, but then you have to think through how you restructure your whole economy if you aren’t going to allow travel.”

Yet even partial, controlled re-opening to travel carries risks. The disease’s long incubation period means the most up-to-date information on current infections may still miss the latest clusters; countries that seem disease free may be nursing fresh undetected infections.

New York’s outbreak provides a recent example of how ineffective travel bans can be; it appears to have been driven by cases from Italy, brought in after the US government halted entry of people coming from China but not from Europe.

“My worry is that travel bans become a distraction from appropriately managing local transmission, that’s what happened in the US, where we could have had a policy of ‘test trace, isolate’, and the focus was on the travel bans instead,” said Alex Phelan, professor at Georgetown University Centre for Global Health, Science and Security.

“As it demonstrated, if you are going to be putting bans in place against countries, you are always going to be acting on data that is out of date.”

And no travel ban is absolute; global supply chains mean people will continue travelling to transport goods, and most land borders are somewhat porous, so viruses can slip across with smuggled goods.

“We human beings often have tried to forestall epidemics by shuttering, by drawing up the drawbridge, and there is no question that travel can spread some types of disease. But it’s also much harder than we imagine to contain,” said Wendy Parmet professor of law, public policy and urban affairs at Northeastern University.

“This virus is extraordinarily contagious. New Zealand is an island (nation), they may be the one place that can. I certainly don’t think the US can, or the countries on the Eurasian continent can.”

Other options to try to restart travel before a vaccine is developed could include tests shortly before travel either for antibodies to prove immunity, or for the disease itself to prevent infected people travelling.

There is precedent for requiring either immunity or virus-free status for travel; travellers coming from places with yellow fever are required to have a vaccination certificate for the disease to enter countries from Australia to India and Mexico.

At a time of concern about the climate impact of flying, there are suggestions that some of the slide in travel could and should become permanent. And some businesses are already embracing the savings in costs and carbon that have been forced on them.

“We had over 4 billion air passengers globally before the lockdown,” said Monika Büscher, professor of sociology at Lancaster University, whose research work includes decarbonisation of transport. “Now all the business travellers are learning to zoom, and business analysts suggest that 25% to 30% of the workforce will be doing this (permanently) by 2021.”

France has said its bailout of national carrier Air France will be dependent on the airline eliminating short domestic flights where the trip could be made by train.

And the enforced end of travel may change expectations around business travel in a positive way, said Prof James Faulconbridge, head of the Department of Organisation, Work and Technology at Lancaster University.

“Many of those meetings never needed to happen through travel anyway, but there was a sort of expectation, a working practice that associated travel and going to meet people as a way of doing business, a sign of commitment.”

Mass international travel only emerged a couple of decades ago; it is possible that habits could change dramatically again.

“Its easy to forget that it was only around the turn of the century that levels of travel we now accept as normal started to emerge,” he said. “So a reset that changes our presumption around travel is not as radical as it might appear.”