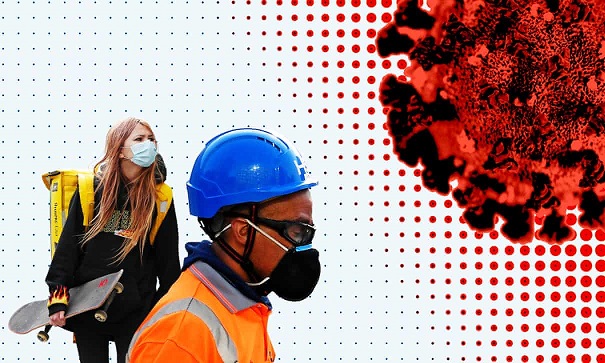 “A summary of the biggest developments in the global coronavirus outbreak”

The global death toll from Covid-19 has passed 300,000, with nearly 4.5 million people infected. According to data collected by Johns Hopkins University, at least 300,074 people have now died as a result of the outbreak and there are 4,405,688 confirmed cases worldwide.

It’s important to point out that the actual death toll is believed to be far higher than the tally compiled from government figures.

The French pharmaceutical giant Sanofi rowed back on a promise to prioritise the US market if the company develops a coronavirus vaccine. The company’s CEO Paul Hudson sparked controversy by saying the US had “the right to the largest pre-order because it’s invested in taking the risk”.

The US Department of Health and Human Services has paid Sanofi $30m, Hudson said. But the French prime minister, Édouard Philippe, said the principle that everyone has equal access to a potential vaccine is “non-negotiable”.

Nearly 600,000 Australians have lost their jobs during the pandemic

The prime minister, Scott Morrison, said the figures were “terribly shocking, although not totally unexpected”.

Doctors in northern Italy, one of the areas hardest hit by coronavirus, and in France have reported spikes in cases of a rare inflammatory syndrome in young children that appears similar to one reported in the US, Britain and Spain, according to a report in the Lancet.

Donald Trump toured a mask distribution centre in the political swing state of Pennsylvania on Thursday but without wearing a mask himself.

Trump, who is running for re-election in November, has resisted wearing a mask in public despite his administration’s guidance to Americans to wear them and new White House rules requiring staff to wear them at work.

A Rohingya man has become the first person to test positive for Covid-19 in the vast refugee camps in Bangladesh that is home to almost one million people, officials said Thursday.

Local health coordinator Abu Toha Bhuiyan initially said two refugees had been put into isolation. The World Health Organization later said one case was of a Rohingya man, and the other was of a local man who lived near the camp and was being treated at a clinic inside the area.

The latest figures from the Department of Labor show the rate of claims is slowing but the record-breaking pace of layoffs has already pushed unemployment to levels unseen since the Great Depression of the 1930s.

Launching a policy briefing on mental health during the outbreak, António Guterres said that “the Covid-19 pandemic is now hitting families and communities with additional mental stress.”

Meanwhile, in Australia, the national cabinet has made mental health problems its top priority and are potentially bringing in a new mental health plan and are looking to boost support services.

A quarter of Covid-19 patients who have died in hospitals in England had diabetes, according to figures released by NHS England.