China bristles at Australia’s call for investigation into coronavirus origin 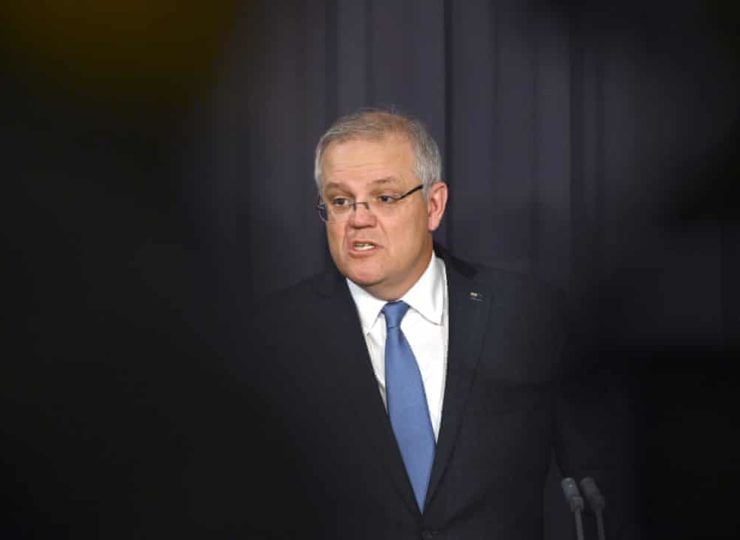 China bristles at Australia’s call for investigation into coronavirus origin

The Australian prime minister, Scott Morrison, has defied China and defended the “entirely reasonable and sensible” call for an investigation into the origins of coronavirus, as the international political fallout over the pandemic deepened.

China has been pushing back against criticism from other governments about how it handled the outbreak of Covid-19, which is believed to have started in Wuhan and which has now infected 3 million people worldwide and killed 200,000.

Donald Trump’s accusation at the weekend that Beijing could have done more to prevent the deadly spread of the disease was met with fierce criticism from China’s state media.

While Australia has eschewed the more strident approach of the US, which has stopped funding to the World Health Organisation (WHO), it has urged its allies to back an overhaul of the WHO and suggested recruiting independent investigators akin to “weapons inspectors” to determine the source of major disease outbreaks.

On Wednesday Morrison said his government “will of course continue to pursue what is a very reasonable and sensible course of action”.

“This is a virus that has taken more than 200,000 lives across the world,” he told reporters in Canberra. It has shut down the global economy. The implications and impacts of this are extraordinary.

“Now, it would seem entirely reasonable and sensible that the world would want to have an independent assessment of how this all occurred, so we can learn the lessons and prevent it from happening again.”

Australia’s stance has angered Beijing, which has denied wrongdoing during the pandemic . In recent days Chinese state media has run numerous inflammatory statements including that Australia was “gum stuck to the bottom of China’s shoe”, doing the work of the US but without holding any influence, and risking longterm damage to its bilateral relationship and trading partnership with China.

On Tuesday, the Chinese embassy released details of a call from Australia’s Department of Foreign Affairs and Trade (Dfat), and in a further move to embarrass the Morrison government, claimed the Dfat secretary had said it was “not the time to commence the review now and Australia has no details of the proposal”.

The move came after warnings by China’s ambassador to Australia, Jingye Cheng, on Monday over consumer boycotts, described by an Australian minister as “threats of economic coercion”.

A Tuesday night editorial in the Global Times accused Australia of “panda bashing” and victim blaming, and Morrison of “adventurism” which could damage the bilateral relationship “beyond repair”.

“The Morrison government’s adventurism to fiddle with this mutually beneficial comprehensive strategic partnership is in defiance of rational thought and common sense,” it said.

“Canberra is treading on a hazardous path that has no prospect for a U-turn during the Covid-19 pandemic, and likely for a long time afterward.”

But on Wednesday Morrison insisted the investigation “is not targeted” and refused to buy in to the war of words with China, saying the response was “a matter for them”.

“Australia will do what is in our interest, in the global interest, and we will of course continue to support moves to ensure there is a proper independent assessment of what has occurred here.”

Morrison said Australia’s relationship with China was “mutually beneficial” and noted its trade with China consisted mainly of export of resources. “I see no reason why that would alter in the future.”

In other coronavirus developments around the world: