Coronavirus has presented China with a historic opportunity — will it take it? 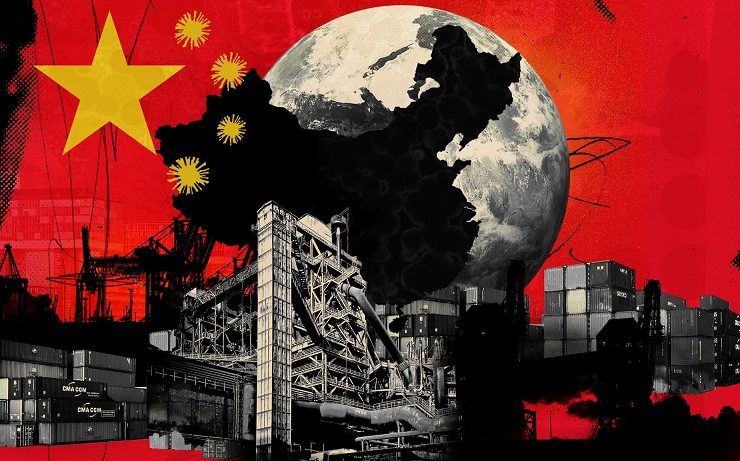 Coronavirus has presented China with a historic opportunity — will it take it?

When a new decade dawned a few short months ago, many predicted that the dominant theme would be China’s continued emergence and role in a world that was changing quickly. Few suspected that the rivalry and antagonism between China and the west would be framed by a global pandemic, and by the challenges – and opportunities – that it has offered to countries around the world, not least China itself.

China was where Covid-19 struck first; and it is where life is getting back to normal, albeit slowly. Manufacturing and production are rising, with factories open and starting to get back to similar levels to the second half of last year. Although fewer than three cases a day had been reported, alongside a handful of asymptomatic cases in the past two weeks, the emergence of a cluster of infections in Shulan, in north-east China, and the announcement that the entire population of Wuhan is to be tested in the coming days, show how nerves are still jangling about new waves of the disease. Still, data released by customs authorities last week shows that although there was a large decline in imports, exports rose year on year for the month of April – largely due to massive shipments of healthcare products.

It is quite a turnaround. The catastrophic handling of the outbreak of coronavirus in Wuhan led to infections on a global scale. Many outside China wondered whether the failings of the authorities in Hubei province and beyond would lead to major political change in the country. Instead, we find Li Keqiang, the premier of the state council, telling us that “the virus is the common enemy of mankind” and saying that Chinese people are “willing to join hands with the people around the world” in an effort to defeat the disease.

Not surprisingly, China is less keen to talk about what it got wrong than about what it is doing right: face masks, surgical gowns and ventilators have been distributed around the world, as we keep being reminded. China alone can’t supply a pandemic-gripped planet with ventilators, one industrial ministry official was quoted as saying in April. It wants to play the role of saviour, rather than villain.

Control of that narrative is helped by the own goals provided by countries that have – or perhaps had – reputations for competence. In the UK, the prime minister missed crucial meetings, boasted about shaking hands before being infected and taken to intensive care. In the US, where infections are well past the million mark and the death toll is anticipated to double this month alone, the president has said “we have it under control”, urged citizens to “liberate” states that have locked down and recommended highly unusual areas of medical research as possible cures for the coronavirus.

The high infection rates across many developed, democratic countries have helped divert the narrative away from China and its supposed “Chernobyl moment” to one of why democracies have performed so badly with the pandemic. It is a message that falls on fertile ground in many parts of the world. For example, the Saudi-owned Al Arabiya news station remarked that “China is the only country that has performed well in dealing with this crisis”. Solidarity in Europe “does not exist”, said Aleksandar Vučić, the president of Serbia, in an angry statement about import restrictions imposed by the European Union. “The only country that can help us is China,” he said.

Such comments, made in the heat of the moment, can flatter to deceive – although China-watchers know how carefully Beijing has been cultivating its contacts in central and eastern Europe, including EU members, before the pandemic began. Likewise, the dispatch of medical equipment may well win short-term thanks, such as in Africa, where every country has received 100,000 masks (and more) from Chinese entrepreneur Jack Ma, but also strengthens the narrative of Chinese global leadership that has been articulated by Beijing in multiple countries, regions and formats for many years.

It can be easy to over-emphasise the dividends, as a report by a thinktank affiliated to the Ministry of State Security in Beijing reveals. Despite the efforts to win hearts and minds, for all the investment and focus on other parts of the world, global anti-China sentiment is at its highest point since 1989 and the Tiananmen Square protests, according to sources familiar with the report, which was presented to the country’s leadership. This has been led and fanned by the US. As a result, it warned, in the worst-case scenario, China needed to be ready for armed confrontation – and for war.

That too needs to be taken with a pinch of salt. Although the threat of military conflict is one that Chinese president Xi Jinping has repeatedly spoken about, this is best understood as being designed for domestic consumption and as a means of framing an economy that was slowing before Covid-19. In fact, successive defence white papers issued by the Chinese military have emphasised both the low risks of serious confrontation, and the awareness that tensions need to be understood and managed carefully.

In that sense, the reference to the potential for military conflict (and the fact that this was leaked) is most usefully interpreted as a sign of deliberate messaging: China recognises that the situation is serious, febrile and dangerous. Donald Trump’s threat to seek “hundreds of billions” in compensation is less of a concern, especially in a presidential election year, than his comments that “we can do something much easier than that … we have ways of doing things a lot easier than that”. Even though Trump says many things that have to be retracted, clarified or dismissed, those words sounded ominous.

Gathering reliable information from China has always been difficult and has become more so with the expulsion of highly experienced journalists in recent weeks. Decisions about how to understand, let alone respond to, China are being taken blind, the result of educated guesswork and wishful thinking. When Trump’s top Asia adviser made an eloquent speech in Mandarin in favour of pluralism, to mark the anniversary of the 4 May 1919 protests, it was met by excitable commentaries in the US suggesting it might seed a democratic political movement in China. Such thinking shows how much easier it is to see the patterns that westerners might want to see, rather than deal with the more prosaic realities.

Ideological, political and security tensions between the US and China have a long history. But, as the distinguished scholar Evan Feigenbaum stresses, in the past coordination has been possible, not least economically, because of overlapping interests. Now the problem is that, for all China’s talk of global leadership, it is doing little to lead international collective action. Nor, for that matter, is the US, the EU or anyone else. And in our me-first world, where states put their interests first, and find collaboration either increasingly difficult or unpalatable, this indeterminacy could have very significant consequences for global affairs.